The announcement revealed a plan that is still largely aspirational but informs the public as to the types of tactics the administration is considering pursuing to help address what has become a serious pain point for the healthcare industry and the American public alike. It remains unclear how far the administration will go in pursuing its plan or what the immediate effects on the healthcare industry will be.

A number of potential tactics were introduced, as outlined in table 1, all with the intent of encouraging innovation, promoting price transparency, and lowering costs.

Other avenues the administration plans to explore include changing Medicare incentives to reward drug makers that stop raising prices (Part D) and encourage delivery of patient care in less-expensive settings (Part B), determining whether rebates paid by drug makers to pharmacy benefit managers should be considered illegal, and requiring 340B participating hospitals to use their drug discounts to provide care to more low-income and vulnerable patients.

With the administration’s initial announcement lacking a specific roadmap for implementation, how it intends to accomplish its stated goals remains to be seen. It is anticipated that the administration will pursue its agenda via ongoing regulatory changes rather than sweeping congressional legislation. Azar all but confirmed this intent in a recent press conference, focusing the discussion on “his ability to regulate, modify programs, conduct demonstration programs, and experiment through the Centers for Medicare and Medicaid Innovation.” This strategy is in line with how the administration has accomplished other healthcare changes, such as the significant 340B payment reductions enacted in January 2018.

The subject continues to make news this week, as other governmental agencies show signs they are solidifying their own action plans. For example, the Food and Drug Administration (FDA) has launched the first element of its plan to combat high drug prices: a website that will publish information on drug makers that hinder the generic drug development process by restricting access to branded drugs for research purposes. By shedding light on these kinds of obstruction tactics, the FDA hopes to put pressure on drug companies to change their ways. The FDA has also announced plans to unveil an overhaul to the overall new drug review and approval process in June 2018.

This topic will likely remain in the spotlight due to the upcoming midterm elections, as both Democrats and Republicans have acknowledged what an essential issue drug pricing is to the American public. While the administration outlined a potentially far-reaching plan, its activity over the next several months will provide a better indication of how aggressive it will be in pushing for the plan’s more controversial features and how successful it will be at lowering drug prices.

Despite the lack of immediate and significant action, providers will need to remain vigilant as the administration’s plan comes into focus. Many of the stated initiatives will affect how providers currently operate, but the magnitude of change remains unknown. For example, during a meeting on May 16, Secretary Azar referenced a planned “Competitive Acquisition Program”, which would be used to negotiate and purchase drugs reimbursed under Medicare Part B. This would remove physician practices from the drug purchasing process, decreasing costs, but also decreasing a revenue source for many practices. As with other initiatives listed in the Blueprint, more details will be shared over time. Providers will have to follow updates closely to understand if and how the plan will ultimately affect the care they deliver to patients. 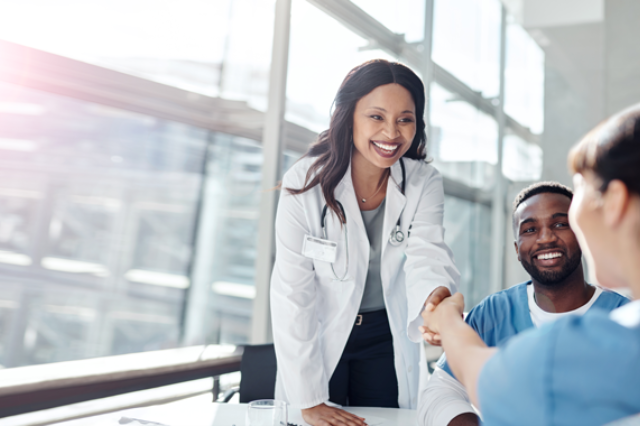