After a long delay in publishing guidance for the 2019 Medicare Shared Savings Program (MSSP) application cycle, CMS issued a proposed rule on August 9, 2018, featuring significant revisions to the program. These revisions are designed to move ACOs more rapidly toward accepting downside risk, which could represent a more aggressive posture from CMS under the Trump administration than has been experienced in past years. The following are five key takeaways from the proposed rule:

1. The ACO track system is being revamped.

In lieu of the current four-track system (Tracks 1, 1+, 2, and 3), CMS is proposing a system consisting of only two tracks (BASIC and ENHANCED). The ENHANCED track is effectively the same as today’s Track 3, whereas the BASIC track represents a staged transition, or “glide path,” from a one-sided to a two-sided model. To accomplish this, CMS is proposing that the term of its agreements with ACOs be extended from three years to five. Even with the five-year contract, however, first-time ACOs would have to make the transition to two-sided risk more rapidly than is required under the current system.

2. CMS is creating a potential lifeline for long-standing Track 1 ACOs.

The above changes notwithstanding, some existing Track 1 ACOs may find it easier to remain in the program. A National Association of ACOs survey released in May indicated that 71% of the 82 ACOs that had been participating in Track 1 since 2012 or 2013 were likely to drop out of the MSSP before 2019, when they would be forced to enter a two-sided risk model (Track 1+, 2, or 3). The proposed BASIC track would allow such long-standing Track 1 ACOs to remain in a one-sided risk model for up to an additional 18 months if they begin on July 1, 2019. Furthermore, the downside risk that these ACOs would have to take on in 2021 is less than what they would have had to assume previously. Not until 2023 would these ACOs have to take on risk equivalent to what is necessary in the current Track 1+. Due to these reduced downside risk requirements, more long-standing Track 1 ACOs may be willing to continue their participation in the MSSP.

3. Benchmark tweaks will help some ACOs and harm others.

CMS is proposing several tweaks to its historical benchmark calculations. For example, regional FFS expenditures would become a factor in calculating the benchmark for an ACO’s first performance period (to date, regional expenditures have not been incorporated into the benchmark calculation until the second performance period). Additionally, CMS is proposing to cap regional adjustments in a manner that should make the benchmarks more achievable for ACOs that are high-spending relative to others in their regions because, for example, they might have higher-acuity patient populations. These tweaks may make the MSSP more attractive to ACOs in higher-cost regions or to those with higher-cost patient populations than their neighbors, since their benchmarks would likely increase. The changes make sense from CMS’s perspective, because high-spending ACOs likely offer the greatest potential to generate cost savings. On the other hand, these adjustments could hurt ACOs in lower-cost regions or with low-cost patient populations, which would likely see their benchmarks decrease.

The proposed rule will allow Medicare beneficiaries to be attributed to an ACO in a variety of new ways. For example, CMS will allow beneficiaries to designate a physician (regardless of specialty), nurse practitioner, physician assistant, or clinical nurse specialist as their “primary clinician” who is responsible for coordinating their overall care. CMS is also seeking comment on a hybrid approach that allows ACOs to select an alternative beneficiary assignment methodology in which the beneficiary would be assigned to an ACO if the beneficiary “opted in” to it. Finally, ACOs can elect a beneficiary assignment methodology (either prospective assignment or preliminary prospective assignment with retrospective reconciliation) prior to the start of each agreement period and change that selection for each subsequent performance year.

Of particular note, to encourage patient engagement, CMS proposes to allow eligible ACOs in certain two-sided models an opportunity to apply to establish a beneficiary incentive program. This will allow ACOs to provide an incentive payment of up to $20 to an assigned beneficiary for each qualifying primary care service that the beneficiary receives from certain ACO professionals, Federally Qualified Health Centers, or Rural Health Clinics.

5. CMS appears to be striking a new tone toward ACOs.

With the release of the new rule, Alex Azar, Secretary of the Department of Health & Human Services (HHS), commented that “President Trump has promised the American people better healthcare at a lower cost, and delivering this kind of value is a key priority for HHS. One piece of our vision for value-based transformation is pioneering bold new payment models. Having more Accountable Care Organizations take on real risk, while offering them the flexibility they need to generate savings, is an important step forward in how Medicare pays for value.” It remains to be seen how many of these changes will make it into the final rule by the end of the year, but given the Trump administration’s proclivity for shaking up policies in Washington, we expect that the adjustments will be more than just cosmetic.

Given the complexity of the proposed rule, all of its nuances will take some time to absorb, but public commentary is sure to be robust and lively during the 60-day comment period ending October 16. ECG will publish additional posts as the story unfolds, so please continue to visit the blog for updates. 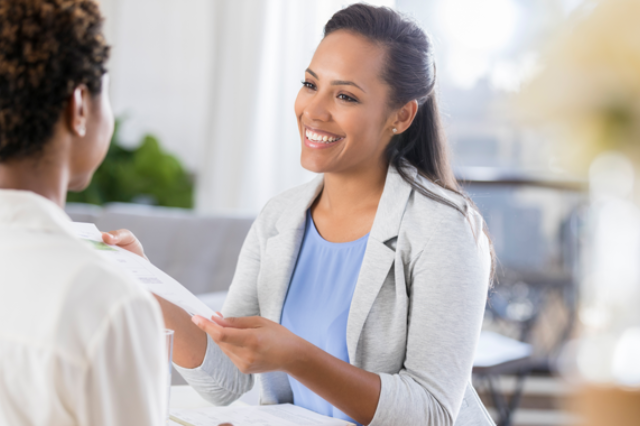