With rates of suicide among children and adolescents rising at an alarming rate, and increasing numbers of youths reporting symptoms of anxiety and depression, children’s hospitals have declared pediatric mental health a national emergency. These organizations are being forced to grow services to meet skyrocketing demand, but they’re having to do it in an environment where reimbursement is fundamentally inadequate. 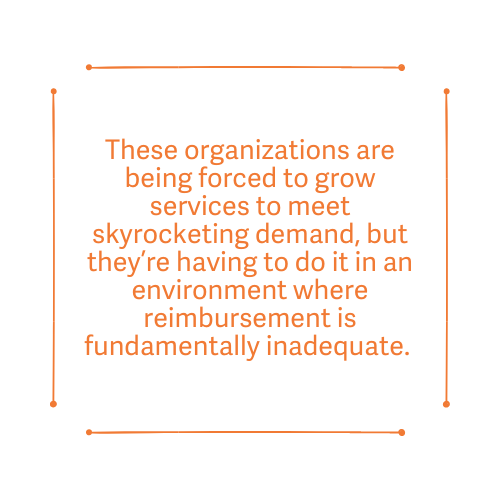 To help illustrate this point, we examined Medicaid reimbursement across four states for a common set of outpatient (OP) BH CPT codes.[1]What we found is that even though there has been a legislative push to expand coverage of BH services, there has not been a commensurate push to improve reimbursement.

There is a historical philosophy for managed care contracting: commercial reimbursement should help offset your losses from government payers. That’s not happening in BH. Based on our national managed care contracting experience, commercial BH reimbursement typically falls below Medicare, which seriously inhibits organizations’ ability to sustain their existing services, expand their offerings, and recruit and retain staff in one of the fiercest job markets on record.

This is not a new trend. BH rates have long been carved out from provider agreements and have rarely been a priority in payer negotiations. By failing to negotiate appropriate rates, BH service line leaders are forced to perpetually justify costs when reimbursement doesn’t cover them. 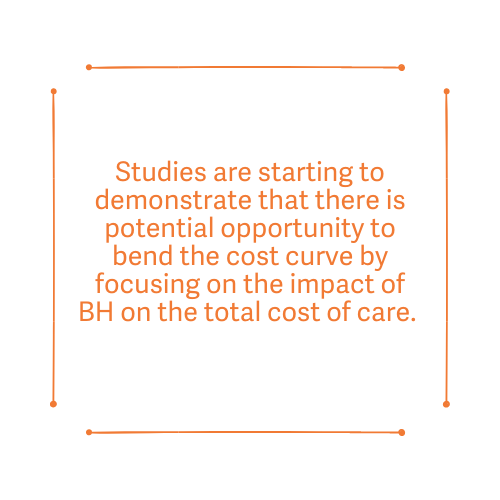 What Needs to Change

While we know that patients with BH diagnoses drive total healthcare costs, studies are starting to demonstrate that there is potential opportunity to bend the cost curve by focusing on the impact of BH on the total cost of care.[3]

Without those investments and incentives, inpatient and crisis management care will continue to be the primary treatment options.